The YMCA in Words and Music 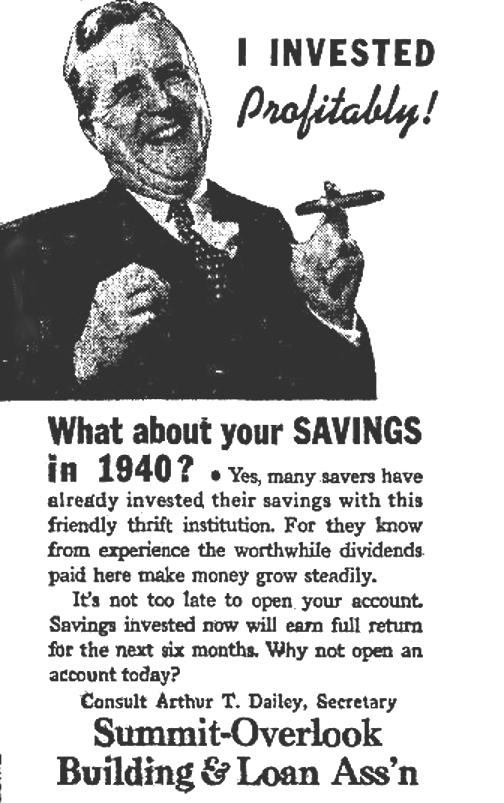 The Summit Herald of January 19, 1940 reported that contracts had been signed to build Manley Court Apartments at an estimated cost of $400,000-$500,000. The YMCA’s annual meeting began in a conventional way: an invocation by Rev. Florence Randolph, officers’ reports, and the election of new members of the Board of Directors. It concluded with “The YMCA in Words and Music” – a collection of musical sketches highlighting various aspects of the Y’s service to the community.
The Summit Symphony, formed 3 years earlier, advertised a free concert at the High School auditorium. The Summit Animal League was seeking dog lovers to foster stray dogs, as the pound was unheated, and the police were unable to care for dogs for any length of time. The Strand Theatre was packed with hopeful people for the prize drawing sponsored by 120 Summit businesses. First prize was a 1940 Chevrolet. In addition, 38 money prizes ranging from $5 to $100 were given out. The little girl who was called out of the audience to draw the winners from a cylinder containing over 80,000 tickets was given a large doll by the President of the Chamber of Commerce.

The Library has a searchable database of local historical newspapers. Search or browse at:
http://www.digifind-it.com/summit/home.php